The Consul General of the United Arab Emirates in New York and the Center for Economic Growth in upstate New York hosted a week-long trade and leadership delegation to the U.A.E. from 6-10 October.  The Trade and Commercial Office at the U.A.E. Embassy in Washington, D.C., GLOBALFOUNDRIES, and the U.S.-U.A.E. Business Council conducted this U.S. Department of Commerce-certified trade mission in Dubai, Abu Dhabi, and with officials from Sharjah on the sidelines of the 39th GITEX Technology Week, one of the largest tech trade shows which occurs every year in Dubai.

The State of New York has a deep and comprehensive relationship with the U.A.E.  Strong business and trade ties, coupled with a range of high-profile partnerships through the arts, sport, and education, are the foundation of this close relationship.  This leadership delegation from the Capital Region further strengthened this important partnership. 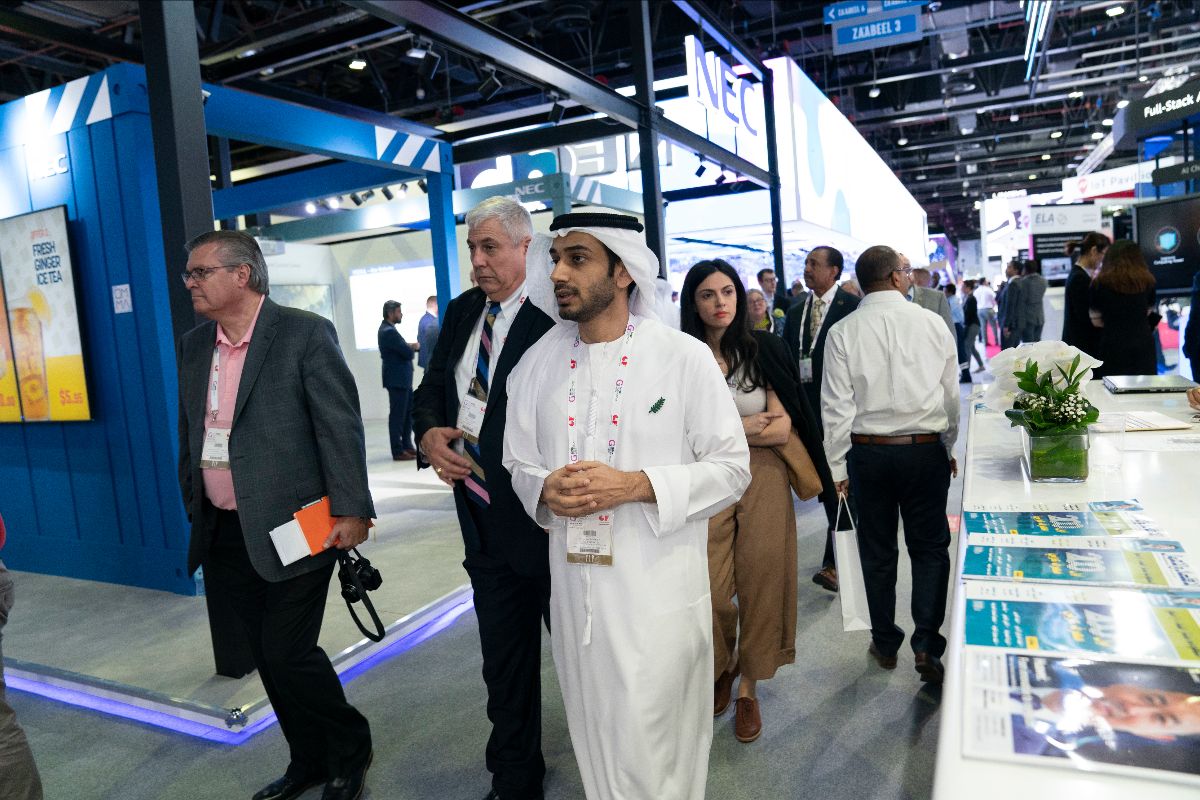 On the first day, delegates heard from U.S. Deputy Consul General in Dubai Christine Lawson and members of her team about the bilateral relationship with a focus on the technology, finance, and energy sectors.  Delegates then visited GITEX, where they toured the exhibits and met a number of executives from key U.S. companies like Cisco and Honeywell.  The delegation also received an extensive briefing from the Sharjah Investment and Development Authority (Shurooq), including the new Sharjah Research , Technology, and Innovation Park recently opened at the University of Sharjah. Later in the afternoon, the group met with H.E. Sarah bint Yousef Al Amiri, Minister of State for Advanced Sciences, to learn about the role of advanced sciences in the development of the U.A.E. and its economy. Following this busy day, the U.S.-U.A.E. Business Council hosted a dinner that evening with local U.A.E. and U.S. business leaders. 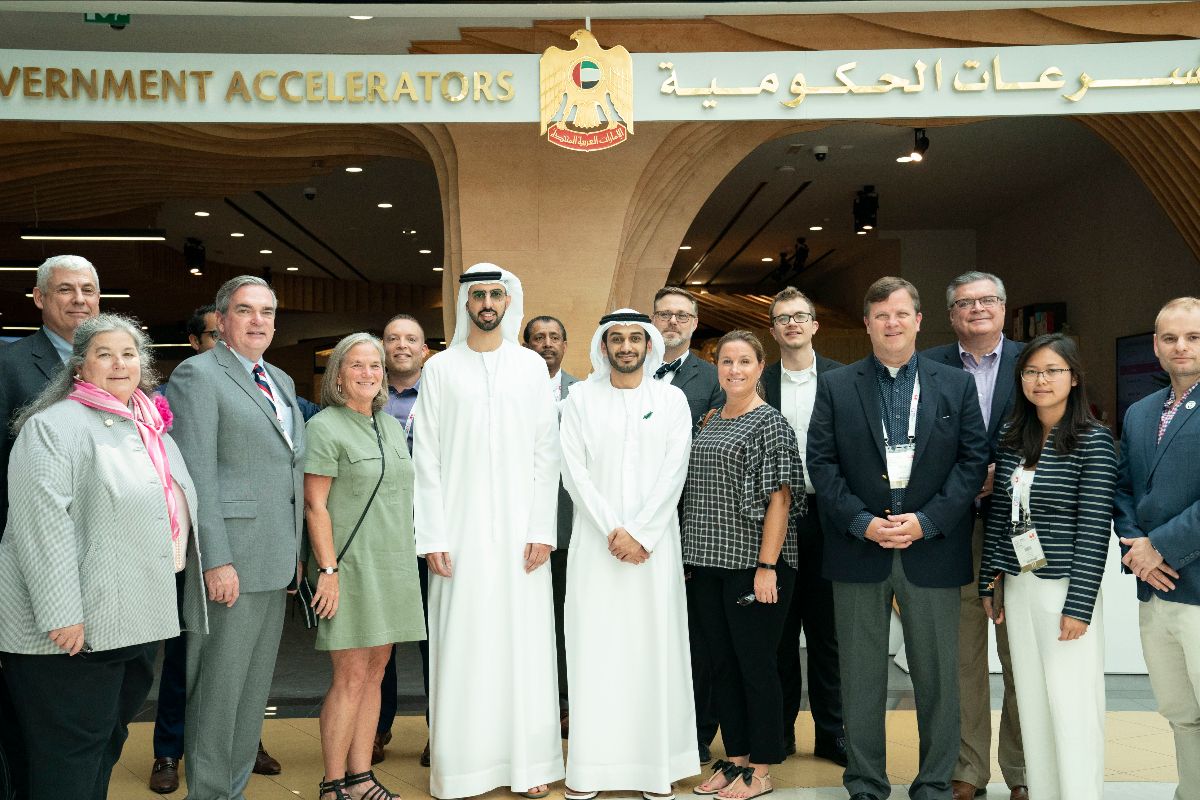 The delegation’s second day kicked off with a meeting hosted by His Excellency Omar Al Olama, Minister of Artificial Intelligence, who discussed the U.A.E.’s 2031 A.I. Strategy and the latest applications of artificial intelligence in the U.A.E.  This was followed by a meeting with Dr. Aisha Bin Bishr, Director General of Smart Dubai, who reviewed Dubai’s latest Smart City initiatives and opportunities for U.S. companies to assist in providing cutting-edge products and solutions.  The group met over lunch with Abdulaziz al Jazeeri, Deputy CEO, Noah Raford, Futurist-in-Chief, and Adil Yacobi, Chief Strategy Officer, from the Dubai Future Foundation.  This lunchtime discussion centered on the importance of future planning to all that Dubai endeavors to achieve, including Dubai’s Museum of the Future, which is scheduled to open in 2020. The group also met with His Excellency Saeed Mohammed Al Tayer, Managing Director and CEO of the Dubai Electricity and Water Authority (DEWA). 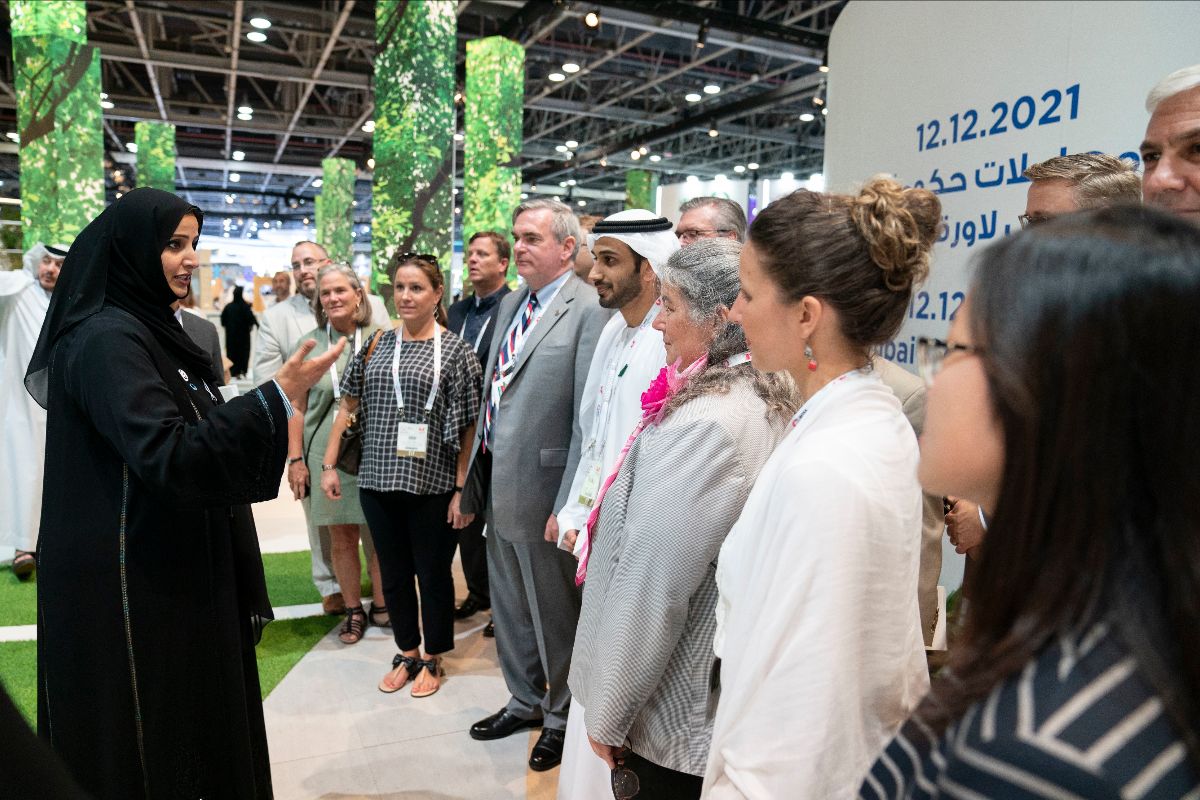 The third day of the delegation’s visit focused on three iconic U.A.E. projects in the areas of culture, energy, and education.  First, the delegation met with officials from Expo 2020 Dubai and toured the Expo site, which is rapidly developing ahead of the opening of Expo on 20 October 2020.  Later that afternoon, the delegation traveled to Abu Dhabi to visit Masdar City, a Mubadala venture, and learn more about clean energy, smart cities, and urban planning as well as the U.A.E.’s vision for being a leader in these verticals. Finally, the delegates visited New York University Abu Dhabi and met with Vice Chancellor Mariet Westermann, as well as other leaders, educators, and scholars.  NYUAD has produced no less than twelve Rhodes Scholars since its creation in 2010. 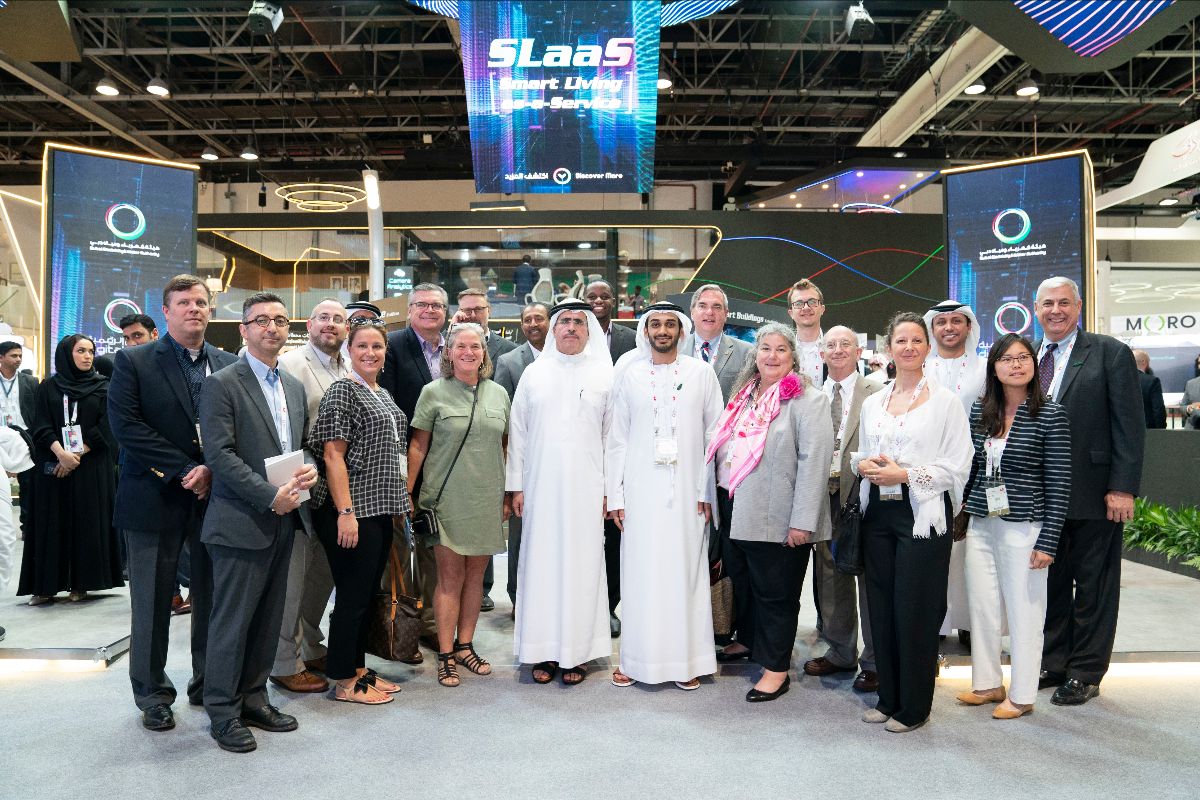 His Excellency Saeed Mohammed Al Tayer, Managing Director and CEO of Dubai Electricity and Water Authority (DEWA), poses for picture with His Excellency Abdalla Shaheen, U.A.E. Consul General in New York, and other members of the delegation

The delegation met on the final day of its visit with His Excellency Abdulla Al Saleh, Undersecretary at the Ministry of Economy.  He provided a very detailed briefing on the U.A.E.’s economy and discussed a range of economic policy issues affecting U.S. companies in the U.A.E.  He also highlighted new changes to rules surrounding foreign direct investment in the country.  The group was then hosted by Mubadala Investment Company for meetings with Khaldoon Al Mubarak, Group Chief Executive Officer and Managing Director, and Waleed Al Muhairi, Deputy Group Chief Executive Officer and Chief Executive Officer of Alternative Investments and Infrastructure. The meeting provided an overview of Mubadala’s investment strategy and Mubadala’s profile companies, including Strata, Injazat Data Systems, and Emirates Global Aluminium. The Mubadala team also discussed possibilities for future collaborative partnerships and most importantly highlighted the strategic importance of investments like GLOBALFOUNDRIES in the United States.  Finally, the delegation visited SENAAT, one of the U.A.E.’s largest industrial investment holding companies and engaged with senior executives about SENAAT’s holdings ranging from the iconic Emirates Steel to leading producers of bottled water (Al Ain) and dates (Al Foah). The evening concluded with a dinner with select U.S. and U.A.E. executives from the energy and infrastructure sectors. 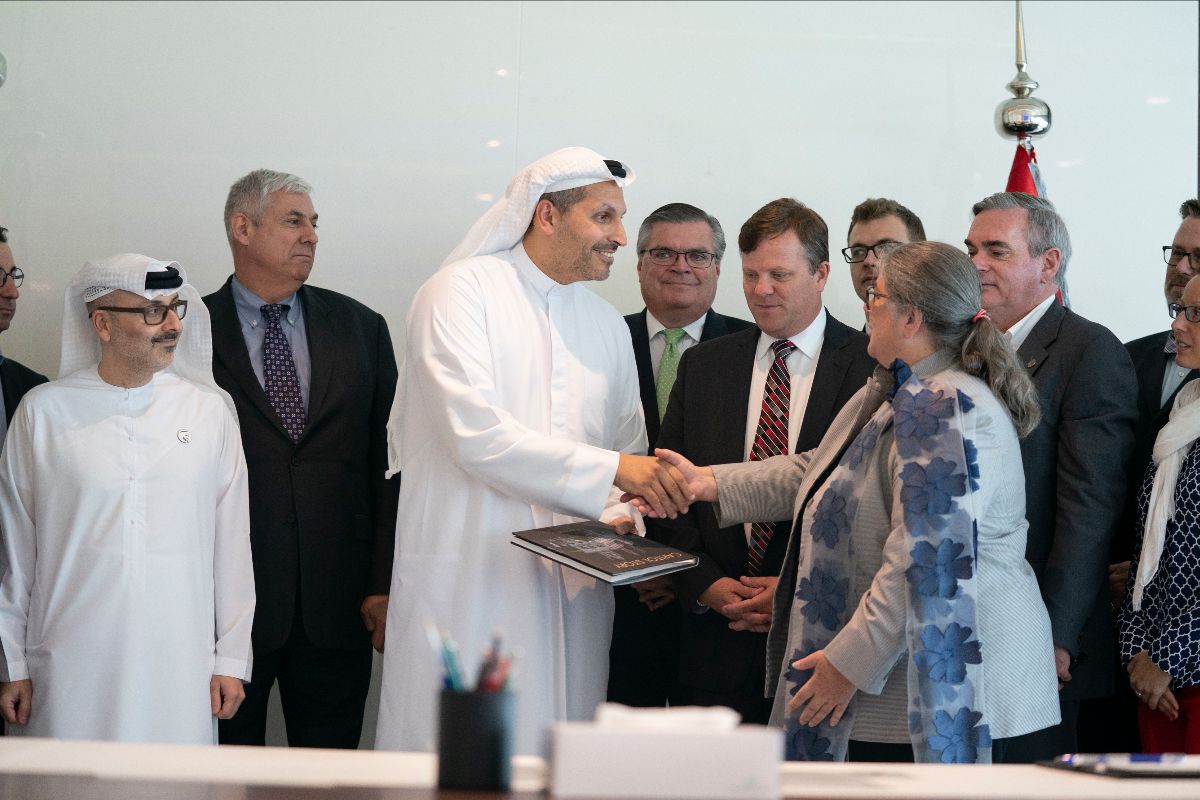 The U.A.E. and New York share a robust and growing trade and commercial relationship. In 2018, New York sent $2 billion worth of exports to the U.A.E.  Mubadala has invested $15 billion in the GLOBALFOUNDRIES’ FAB 8 facility, representing one of the largest public incentive deals in New York’s history.  The company’s Fab 8 facility located in Saratoga County, New York employs nearly 3,000 people and supports 15,000 indirect jobs in the region. 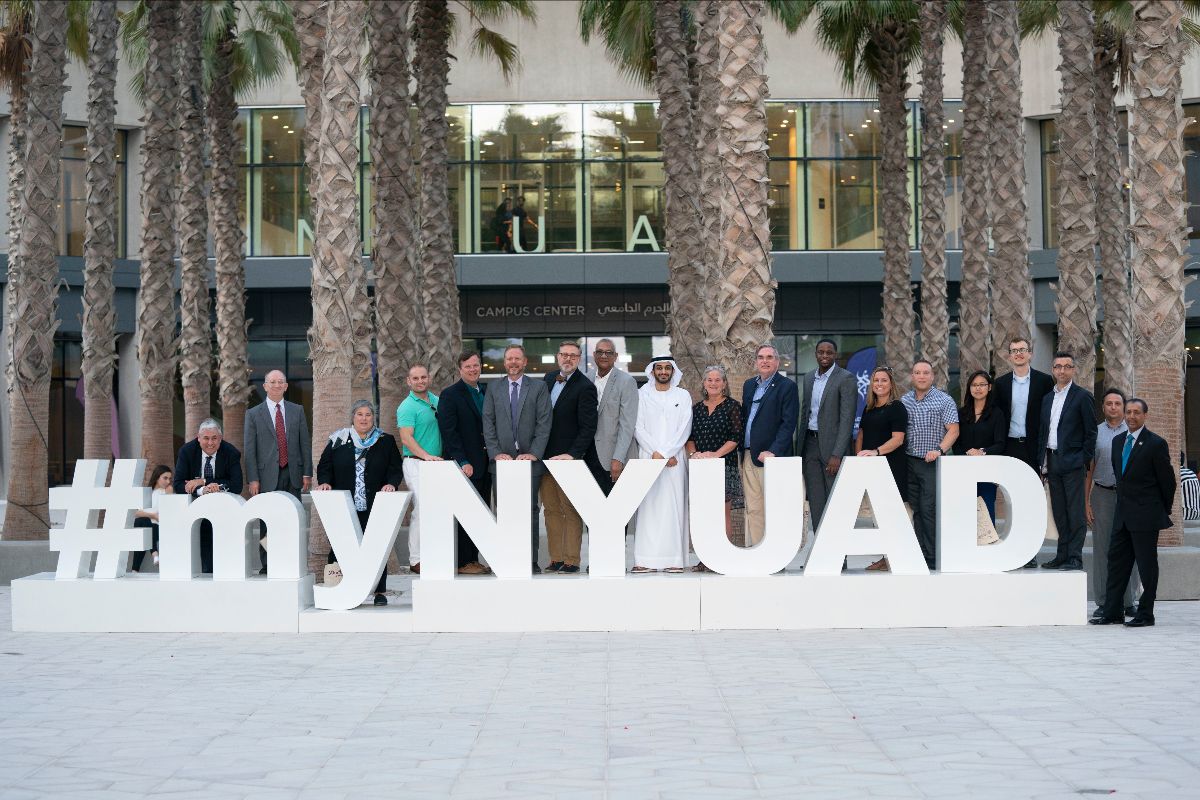 Over the course of the week, in addition to the academic, political, and cultural meetings highlighted above, the delegation explored the U.A.E.’s history and cultural attractions, including the Dubai Mall, Burj Khalifa, the Sheikh Zayed Grand Mosque, and the Emirates Palace Hotel.  Visits such as this offer significant opportunities to break down barriers to understanding and mutual acceptance, and to build bridges for the future in solving problems the two countries face at home, in the region, and on the global stage.