The U.S.-U.A.E. Business Council and Nuclear Energy Institute hosted a luncheon on Thursday January 16th in Washington, D.C. in honor of a visiting delegation from Emirates Nuclear Energy Corporation led by its CEO, Mohamed Al Hammadi.

This luncheon commemorated the 10-year anniversary of the landmark 2009 U.S.-U.A.E. Agreement for Peaceful Nuclear Cooperation (123 Agreement), which has supported the transfer of technology and expertise between the U.A.E. and the U.S., and resulted in strong cooperation between nations in the field of peaceful nuclear energy.

Over 100 business executives, government officials, and think tank scholars attended this commemoration, which provided an excellent forum for the U.S. nuclear industry to learn more about the future of the U.A.E. Peaceful Nuclear Energy Program, including more details about the start-up of the U.A.E.’s first reactor at the Barakah Nuclear Energy Plant, which is expected to occur in the first quarter of this year, pending regulatory approval. 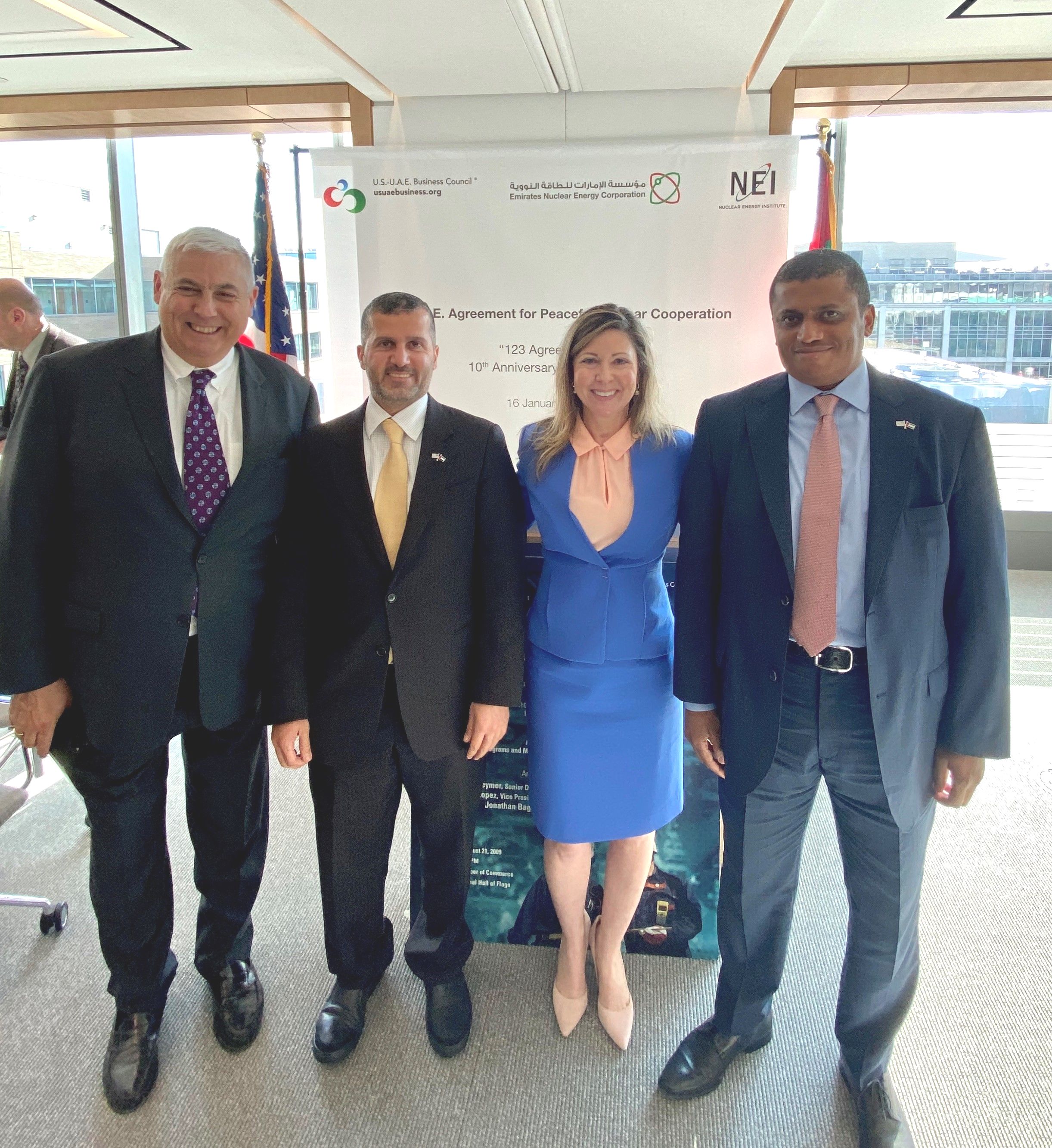 He subsequently introduced the Nuclear Energy Institute’s CEO, Maria Korsnick, who remarked upon how far the U.A.E. Peaceful Nuclear Program has come over the last 10 years and commented on the strong partnerships forged with U.S. suppliers, and the opportunity for work yet to be done.

ENEC CEO His Excellency Mohamed Al Hammadi provided keynote remarks detailing the program today and describing the future of the U.A.E.s nuclear energy program. Al Hammadi told the audience that “the U.A.E. is committed to building and operating a nuclear energy program that meets the highest international standards of safety and security.” To do that, he emphasized, “continued close partnership with best-in-class American suppliers will be important in supporting the long-term success of the program.” Al Hammadi noted that “ENEC is always keen to broaden its supplier base and to consider the most innovative solutions that industry has to offer.”

A more detailed special industry briefing followed the luncheon discussion and provided the nuclear energy supplier industry with more specific details about future opportunities for how U.S. businesses can become more involved in the next stages of the U.A.E. Peaceful Nuclear Energy Program. 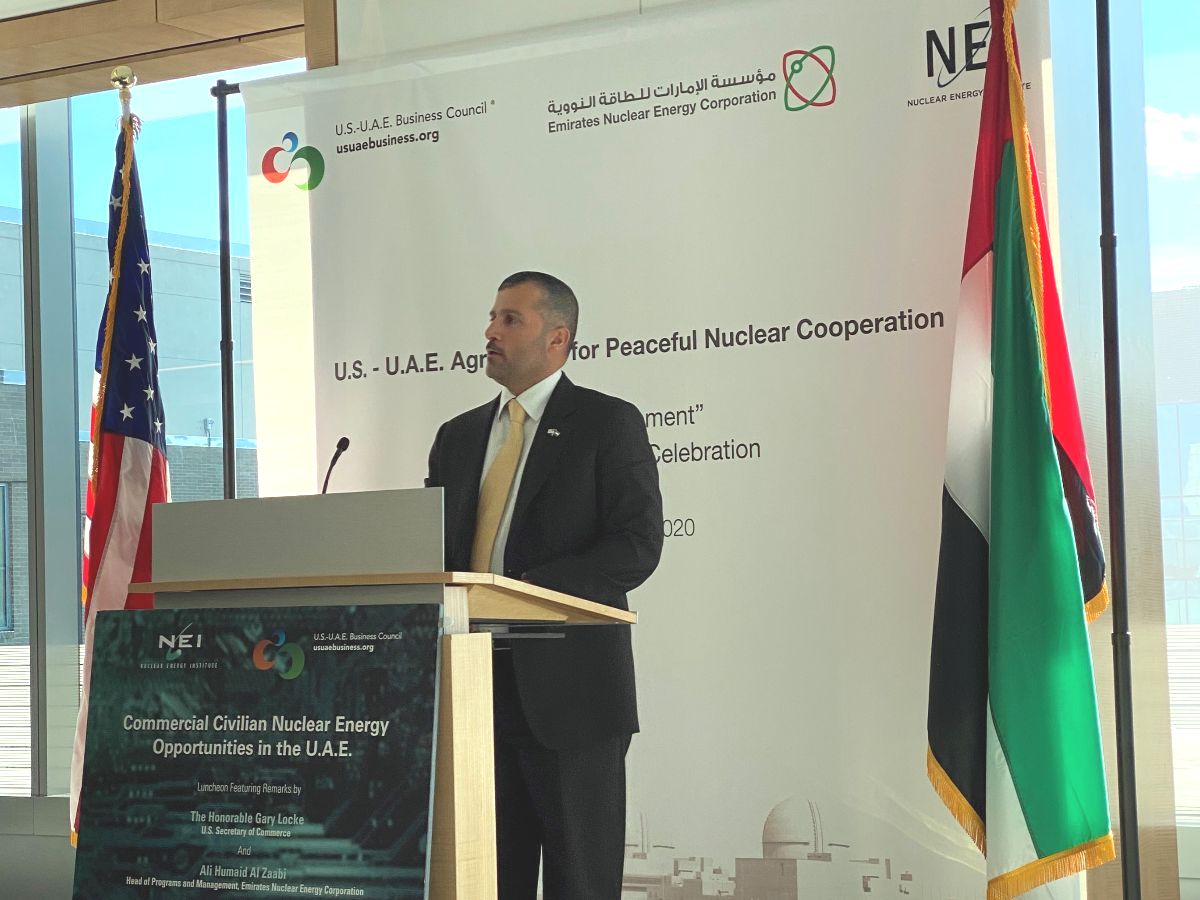 The U.A.E. is preparing to bring online its first nuclear reactor at Barakah in the first quarter of this year. This reactor is the first of four that are ultimately planned to meet 25% of the U.A.E.’s total electricity demand.

For more information about this program, please see the Business Council’s report on Clean and Alternative Energy in the U.A.E.